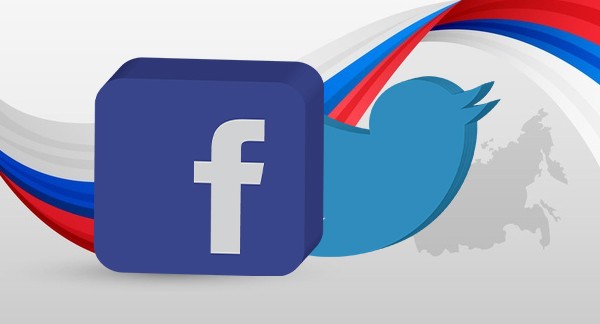 By July, Facebook and Twitter will have to keep their databases of Russian users in Russia or face fines according to the news Interfax reported.

It reported the news first on Wednesday, citing the Russian communications regulator Roskomnadzor.

The Russian government is considering legislation that would force foreign technology companies to open offices in Russia or face sanctions such as advertising bans, as part of its broader effort to exert greater control over big tech.

Both Google and Facebook were fined on Tuesday for failing to remove content deemed illegal by Moscow, while Twitter has been subjected to a punitive slowdown since March. Facebook, Twitter and others must localize their Russian user bases by July 1 or face fines of up to 18 million roubles ($245,100), Roskomnadzor deputy head Milos Wagner said on Wednesday.

“Two companies have already been held administratively responsible last year for failing to comply with this demand,” Wagner said.

Roskomnadzor still needs detailed information on how the two companies will comply with the data law requirements by 1 July, he added.

Among the 600 foreign companies that localized their data in Russia, Roskomnadzor said Apple, Samsung, and PayPal were among them.

A Russian court has barred LinkedIn from operating in the country after finding that Microsoft’s social networking site breached the country’s 2015 data-storage law requiring the storage of all Russian citizen information.

A Russian lawmaker announced last November that he would block any service that censors local media.

Members of parliament pointed out that technology providers in the United States had complained about “facts of censorship” that had been imposed.

Roskomnadzor chief Alexander Zharov said western companies had nine months to comply with Russian internet security laws. “They have been given time to comply,” he said. Russia’s president, Vladimir Putin, approved a law in 2014 requiring the storage of personal data of Russian citizens on Russian servers by domestic and foreign companies. It is possible to fine or ban those who refuse.

The Russian government blocked LinkedIn in 2016.In a move mocked by social media users, Moscow’s cyber police ordered Twitter and Facebook to pay 3,000 roubles (£36) fines for resisting the law.

Zharov, however, warned that the scale of punishment would gradually increase, as the fine was the minimum allowed by law.

For the first time in its history, Russia has specifically threatened to block two of its most popular sites.

The anti-Putin opposition has widely used Twitter and Facebook to coordinate demonstrations and publish investigations into alleged high-level corruption.

Some critics fear that storing users’ personal data in Russia will allow the Kremlin’s security services to access information about opposition activists.

As of November, Facebook had 6. viagra et cialis ensemble 2 million users in Russia, a number dwarfed by the 70 million Russians who use VKontakte, the country’s most popular social networking site.