According to the announcement made by the news product manager Google news showcase is now accessible on the desktop where the users can see advanced story panels.

“Now every user of Google News, regardless of what device they’re using, can see enhanced story panels from our News Showcase partners,” said Cox.

There is also a desktop version of the News Showcase available in countries where there is a mobile version.

News outlets that participate will also now have a News Showcase tab on their landing pages (essentially their home pages within Google News).

“Here, readers can see all their News Showcase panels: the latest Rundown panel, covering the most important issues for a publisher every day, and their story panels, which give readers deeper context on important articles,” wrote Cox.

A new set of panels has been added to Google News Showcase for mobile devices.

Besides providing enhanced desktop experiences, Publicize is also rolling out enhanced panels that will allow publishers to link news and articles based on bullet points, providing more context and information.

Our reasons for caring. Adding desktop could be a benefit for publishers that rely on Google News Showcase for a portion of their traffic (from a new device type).

Make sure your site performs well on desktop as well (no intrusive interstitials, quick loading, no obtrusive ads).

Links within bulleted lists on the panels will also mean easier engagement with audiences and more clicks for your stories. Use them wisely by thinking them through.

As an added feature, we’ve added the News Showcase catalog page, which you can access directly from the left-side menu. The site puts together panels from the most prominent publishers in a country: both national titles that cover issues across the country and around the world, as well as smaller regional and local media outlets that cover the events closer to readers’ homes or areas of interest.

As an added feature, we’ve added the News Showcase catalog page, which you can access directly from the left-side menu. 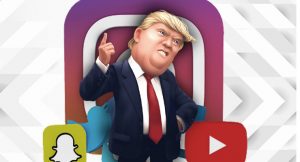