Facebook is sharing plans on how it’s going to give users what they want more of in their news feeds, company will begin by 2021.

In 2019 the company launched something called the “worth your time” surveys.

In the surveys, users simply answered whether a particular post was worthwhile.

If a user responded, “Yes”, then Facebook would rank that type of content more prominently in their news feed. Otherwise, that content would appear at the bottom.

Facebook is following up on those surveys by asking more questions.

This article will provide more details on the different approaches it takes in collecting feedback.

Users want to see more inspiring and uplifting content in their news feeds. Facebook will conduct a series of tests to seek feedback on what types of posts they find inspirational.

To do that, it’s starting to ask whether users want to see more or fewer posts about certain topics.

“Do You Want to See Less of These Posts?”

To find out what types of posts users dislike, Fb plans to analyze engagement signals.

It gives a lot of weight to engagement signals, including likes, shares, comments, and reactions, when ranking posts.

Besides engagement signals, the company says the feedback it’s gathering will provide a more comprehensive picture of what users want to see.

Solarmaker Info Stealer to Hit the Wild Again, What Makes it so Dangerous?

Why is GMB Important for Local Search? 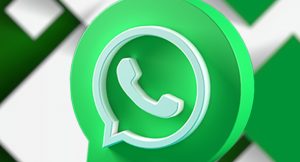 share Personal Pictures and Videos Without any Risk on Whatsapp

wpDiscuz
× How can we help you?