The digital marketing industry faces its worst fears as Apple’s IDFA update is set to launch any day now.

Upfront prompts will be sent to users on all iOS apps, which will cause a majority of the users to turn off data tracking completely. does ivermectin treat mange For digital marketers, it will limit audience target options.

It will impact targeting strategies that involve purchase activity. Media buyers have already put in place strategies to work without data tracking.

It is predicted that most people will turn off data tracking, but there are no accurate guesses.

We will find out once the update is launched.

Another factor influencing people’s choice would be recent data hacks on Facebook and LinkedIn.

Over the past few weeks, numerous applications have carried out surveys and responses to new prompts.

According to the stats gathered, 41% of users chose to allow tracking. ivermectin products for alpacas

The response is much higher than the industry predictions.

Fortunately, the results of the survey gave some relief to digital marketers.

Now they are hopeful that the update won’t impact the industry so badly after all.

However, the data includes only a few million users’ preferences, whereas Apple has a total of more than 1.5 billion users worldwide. So, it is in the best interest not to jump to any conclusions based on this report. ivermectin for people order online 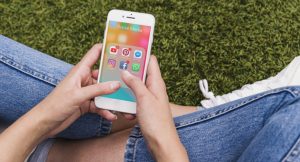 In addition, Apps Flyer has provided some recommendations on how to negate the impacts of the update. It says:

“We highly recommend marketers use a “pre-ATT prompt”, basically gating the Apple ATT dialogue behind your own native prompt. That native prompt is entirely yours, so you can customize the design, timing, and messaging to best fit your app – and ultimately show users the value of opting-in.”

Facebook is using the same approach now as well.