Ionic is a complete open-source SDK to develop hybrid mobile applications created by Max Lynch, Ben Sperry, and Adam Bradley of Drifty Co. in 2013. They released the original version in 2013 and built it on top of AngularJS and Apache Cordova.

If you only rely on the performance of your app and its stability, perhaps nothing can be better than a native application. Native code will integrate with all hardware plugins and leverage most of the platform’s capabilities. In the long run, maintaining two codebases may also be beneficial and easier than one in an Ionic app. Here are some other benefits of the Ionic mobile app builder.

Ionic supports one code development that saves money and time for developers and customers. One code means you don’t need to write separate codes for iOS, Android, and Windows platforms.

Equipped with Tools and Native Compatibility

Ionics’s team is constantly testing and releasing new tools and APIs that work across platforms. With Ionic mobile app builder, we get a library of plugins and components including front-end building blocks, UI components, and common app icons. These plugins allow us to connect with the user’s native phone APIs like GPS, Bluetooth, and camera without building custom integrations. Users can store offline data in an Ionic app, which means you can access your data in the application without connecting to Wi-Fi or cell service.

With an Ionic plugin, you can listen to an entire blog post, section, or page, just hit the play button. This functionality helps users to consume content flexibly.

This tool allows users to take a picture using their camera and store it within the app.

To create an Ionic app, Ionic 4 allows developers to use any JS framework like React or Vue.

Trusted by Small and Large Companies

Within the community, there is a YouTube channel, Slack channel, forum, and GitHub where developers help developers. Due to open – source, the developer community has embraced helping each other.

In terms of business, there are no bad or good tools. There are just tools tailored to solve specific tasks. In the case of Ionic, the task it solves is the development of applications for different platforms, utilizing well-known technologies. It helps teams to save budget, time, and effort in app development. 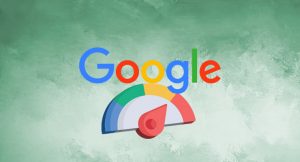 Developers and SEO Experts are Promised More Information on Pagespeed 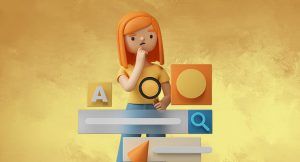 Why Mobile and Desktop Rankings are Different?

Twitter Adds a New Option For its Audio Spaces Hosts